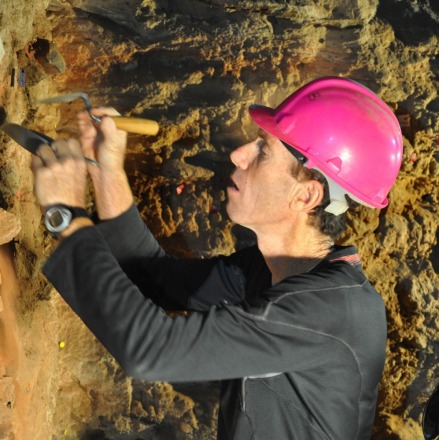 Wonderwerk Cave in South Africa also houses the first known fire use, and another collection of useless crystals – but this one is half a million years old Archaeologists have found the oldest home in hominin history. Unsurprisingly, it is a cave: Wonderwerk Cave in the Kalahari Desert. Astonishingly, it has been occupied more or less continuously for two million years. Through most of that time, modern humans didn’t even exist.
In Wonderwerk Cave, archaeologists have found evidence that archaic humans lived inside the cave around 2 million years ago,  the earliest-ever use of fire at a million years and earliest hand axes at over a million years,  report Ron Shaar, Ari Matmon, Liora Kolska Horwitz, Yael Ebert and Michael Chazan in Quaternary Science Reviews.

Two million years ago, our ancestors were still small-brained but were definitely bipedal. We don’t know when our ancestors left the trees and began to stride the Earth upright, but we seem to have begun to trade arborealism for bipedalism during our australopithecine phase. That began about 4 million years ago. The point at which we discovered the virtues of shelter is even murkier.
In fact, the purpose of the latest team, led by the geologists Shaar and Matmon, had been to validate the postulated 2-million-year-old timeline of the cave, and now that’s been done.
That said, it isn’t actually 100 percent clear which archaic humans lived in that cave. Not one smidgen of a single human bone, not one single tooth, has ever been found there in the near-century of the cave’s excavation, Horwitz tells Haaretz. 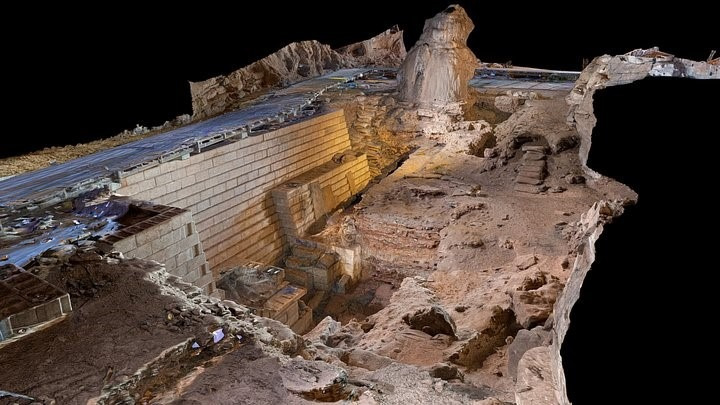