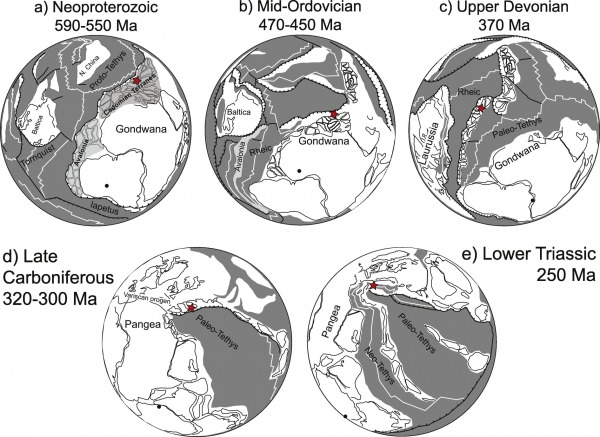 A new paper published in the journal Lithos by Avishai Abbo and co-authors uses the igneous and detrital record of the Balkan in order to trace the origin and evolution of the European continental crust. The Balkan crust is a collage of terranes, among them the Serbo-Macedonian massif and Rhodope massif, partly exposed in northern Greece, are reworked crustal fragments that originated in the periphery of the supercontinent Gondwana some 550 million years ago. The uniqueness of these Balkan terranes is the prolonged record of magmatism and metamorphism spanning almost 600 million years that imprint a relatively small area, enabling us to use the Balkan terrane assemblage as a case study for the European crust. In the study we sampled igneous granitoid rocks spanning ages as old as 588 Ma to as young as 23 Ma, together with sediments rich in heavy minerals from three large rivers that drain the terranes to the Aegean sea. The results demonstrate that the Balkan crust evolved from the episodic reworking of Neoproterozoic Gondwana derived crust in multiple orogenic events together with variable igneous addition of more juvenile magma. This mechanism of crustal evolution is also applicable to large tracts of western Europe.