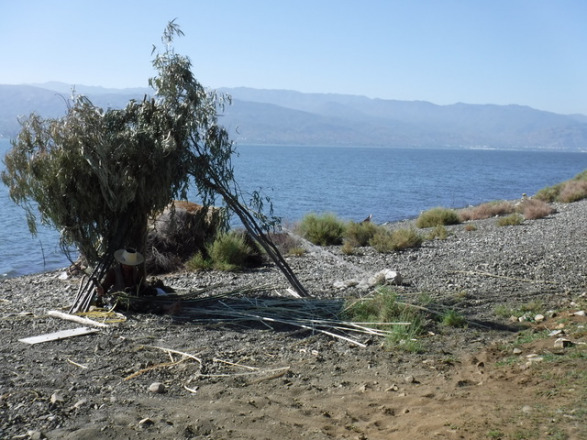 Subtropical Asia is one of the world’s most populated regions, thus understanding the response of precipitation to changes of the climate forcing is crucial for predicting future water availability. We reconstructed changes in the size of a closed basin lake in south China over the past 15,000-yr, which is directly linked to rainfall changes. Our results show that long-term southern China precipitation trend is out of phase with solar insolation, the traditionally recognized deriver of the Asian Summer Monsoon, but broadly follows trends in tropical Pacific sea surface temperatures and east to west temperature gradients in the Pacific. We propose that rainfall in South China is a product of two competing process, on the one hand, the strength of the Asian summer monsoon and on the other the east to west sea surface temperature gradient of the Pacific Ocean, which modulates the zonal location of the West Pacific Subtropical High. Both process are important, and therefore understanding the interaction between the two is crucial for predicting how South China rainfall will be effected by manmade global warming.

This project is a collaboration between Yoni Goldsmith and Yehouda Enzel from HUJI and Xu Hai from Tianjin University. The project was funded by an ISF-NSFC grant.