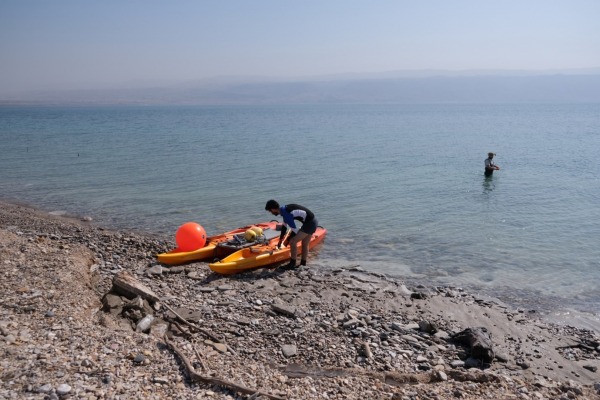 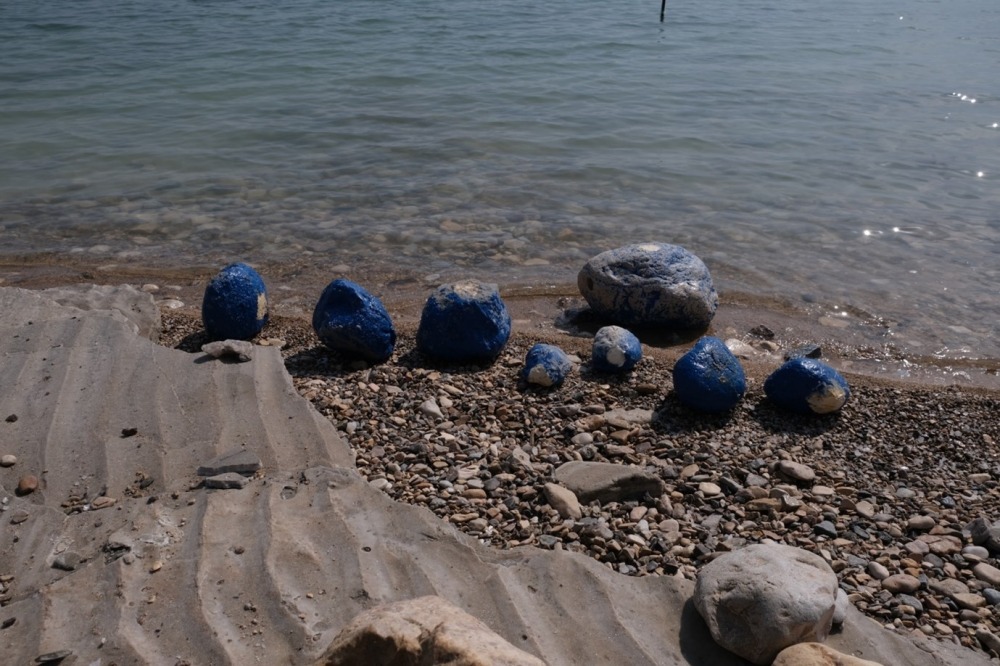 A new paper in "Geophysical Research Letters" analyzed the driving physics for transport and sorting of coastal cobbles and boulders along the shores of the Dead Sea under the impact storm waves
The research was conducted by Haggai Eyal (a PhD candidate, Institute of Earth Sciences, Hebrew University, and the Geological Survey of Israel) with Profs. Yehouda Enzel, Nadav Lensky, Eckart Meiburg and Dr. Bernhard Vowinckel. The study presents unique observations of real-time transport of gravel under storm waves, and a new physical model that describes the process.
Field tracing of the gravel applied unique and novel ‘smart boulders’, inserted with loggers recording underwater, real-time, clast motion. In addition, field campaigns emplaced dozens of marked boulders of diverse sizes and then traced their longshore displacement during Dead Sea storm waves. Guided by these observations, a model describing the physics of the process was developed. The observations and model enabled to (1) quantify the link between the transport of various clast masses and the required critical wave height for their transport, and (2) predict the longshore transport distance of a certain clast mass under the measured distribution of wave heights over entire storm.
The research links between wave climates and the resultant storm-scale coastal sorting and advances quantitative tools for the behaviour of coarse-clastic beaches under storm waves. 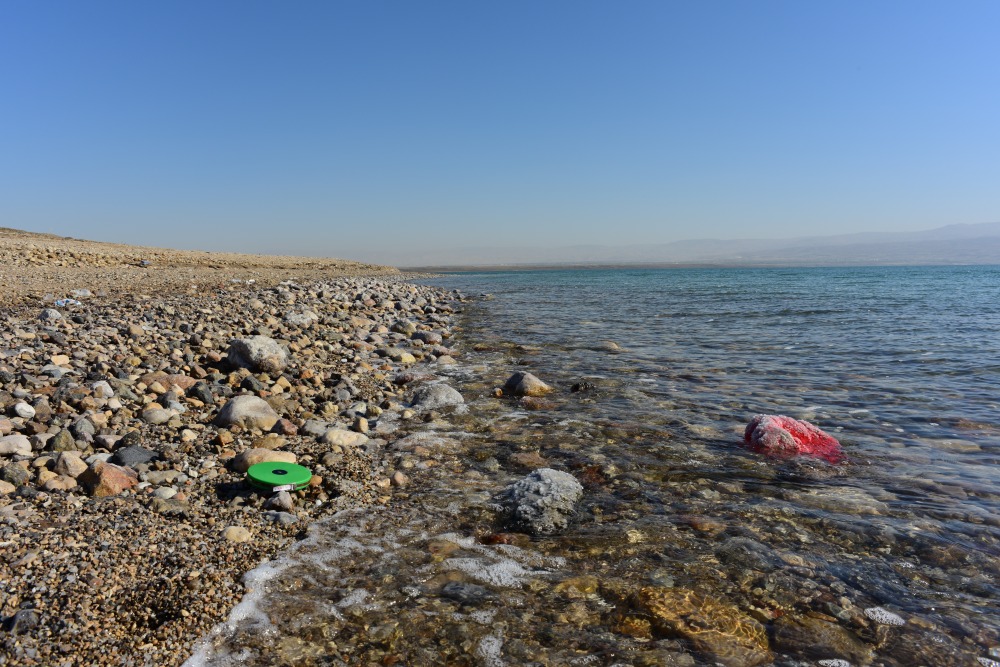 To the full paper