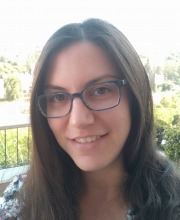 Dissertation Title: Development of new foraminiferal proxies for paleochemistry of the oceans

Foraminifera are marine unicellular organisms that precipitate calcitic shells. These CaCO3 shells are precipitated directly from seawater with minor modifications and consequently trace elements are incorporated according to their ambient seawater and the individual distribution coefficient of various elements. Foraminifera, therefore, record their chemical and physical environment faithfully and are widely used as paleoceanographic proxies. The main goal of my research is to calibrate the Na/Ca ratios in the shells of foraminifera as a proxy for past seawater Ca concentrations. In addition, the effect of seawater Ca variations were calibrated for other elements as well (e.g., Mg, Li, Sr, and others). Other environmental parameters (e.g., temperature, salinity, and carbonate chemistry) were also investigated to study their effect on these proxies. For these calibrations, I cultured the live foraminifera of the species Operculina ammonoides – a benthic symbiont bearing, high-Mg calcitic foraminifer, and an extant relative of the Eocene Nummulites. The key culture experiment was performed under varying seawater Ca concentrations and a significant non-linear (power) correlation between shell and seawater Na/Ca was observed. Hence Na/Ca in foraminifera shells can be used as a proxy for past Ca concentrations (Hauzer et al., 2018, EPSL). Temperature does not affect the Na/Ca in O. ammonoides, and salinity has only had a negligible effect on this proxy. Carbonate chemistry, however, affects the Na/Ca in the shells significantly and this requires a correction when reconstructing past seawater Ca. After this correction, Na/Ca in foraminiferal shells can be used for a high-precision, high-resolution reconstruction of past seawater Ca concentration. When Ca is known, other elements can be calculated (e.g., Mg, Li, Sr) to reconstruct the overall past seawater chemistry.