A new track called the "Accelerated Master’s" was opened for outstanding students!

The accelerated track is intended for undergraduate students who complete their second year of studies with a high average (for the first two years of study combined) and are considering pursuing a degree in one of the graduate departments at the Institute of Earth Sciences: Geology, Atmospheric Sciences, Oceanography, or Hydrology and Water Resources. As part of this track, it is possible to take master's courses in the third year of undergraduate studies in the amount of 2-4 credits in the first semesterת and 4 credits in the second semester. These credits are then "stored" for the master's degree. In addition, subject to continued success in the first semester of the third year, students who are admitted to the track will receive a monthly living scholarship of NIS 2,000 for six months, from March to September of their third year.

It is recommended that students interested in this track join one of the Institute’s research groups towards the end of their second year studies, and continue there throughout their third year. Integration into a research group can give a student an advantage in selection for the track. The minimum grade average for application to the track is 85 at the end of the second year. The application should include a resume and an explanation of possible areas of interest for graduate studies.

Applications must be submitted via email to Maggie, the department administrative secretary at magip@savion.huji.ac.il. 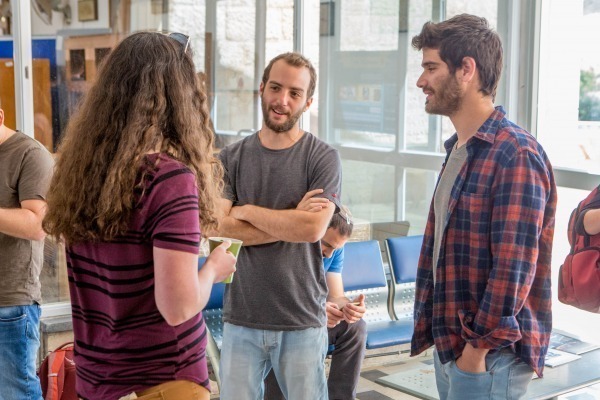