9 September, 2021
In 2006, a karstic cave was discovered in the Nesher-Ramla quarry. The cave penetrates the Yarkon-Taninim aquifer at a point where its water is warmer and saltier than surrounding water. This patch, known as the "Ayalon Anomaly", was already familiar to researchers, but the cave provided the first direct glimpse into the aquifer and its contents. The research in the cave was led by Israel Naaman, a graduate student at the Institute of Earth Sciences at the Hebrew University of Jerusalem, under the supervision of Prof. Amos Frumkin and Prof. Haim Gvirtzman. In the early stages of the study, an ecosystem was discovered in the cave that relied on the primary production of sulfate-reducing bacteria. Together with these were found decomposers and predators, as well. All of these organisms exist independent of a surface energy source. All the animals in the cave have been described as species new to science, and the ecosystem has been found to be unique on an international level, with very few equivalents worldwide. 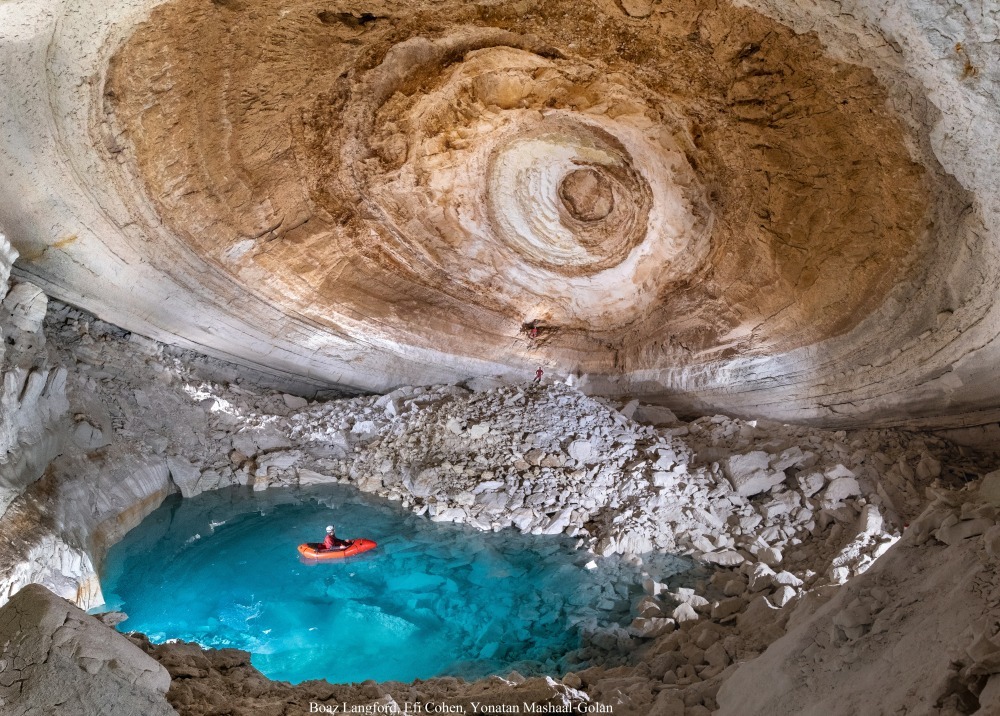 Ayalon Cave: An inner lake where the waters of the Yarkon-Taninim aquifer are exposed.
Over the years, a number of ecological and geological studies have been conducted in the cave to study various topics related to the ecosystem and the unique conditions discovered in the cave. For example, a connection was recently made between Typhlocaris ayyaloni (“Somit Ayalon”), the aquatic apex predator discovered in the Ayalon Cave, and other members of the Typhlocaris genus in the eastern Mediterranean and the Dead Sea Rift. The connection showed that all of these had a common ancestor and that they split into separate species about seven million years ago, in response to spatial geological events: the closure of the marine connection between the Mediterranean and the Dead Sea rift and the drying up of the Mediterranean in the Messinian event. Earlier work has discussed issues related to the source of sulfide water, the associated dissolution phenomena, the development and characteristics of the ecosystem, and more. 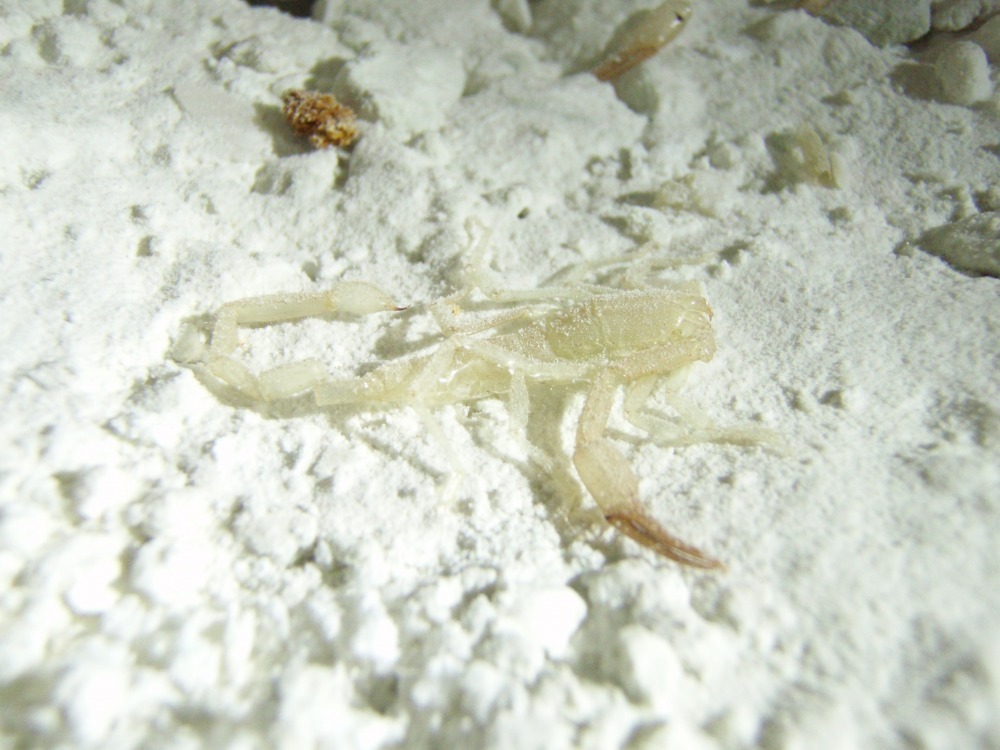 Typhlocaris ayyaloni (“Somit Ayalon”)
A plan is currently being considered for the introduction of surface water runoff from the Ayalon River basin to the underground areas of the Nesher Ramla Quarry. The purpose of the plan is to prevent flooding down the Ayalon River, in preparation for the narrowing of the river’s path to make way for a new railway line. The introduction of surface runoff, which has a different chemical composition from that of the Ayalon Anomaly Aquifer, will cause the dilution of the anomaly water and the flooding of the cave, thus completely destroying the underground ecosystem. This may also cause a change in the karst system and, in fact, partial or complete destruction of all the site’s unique characteristics.
Researchers from the Hebrew University (Institute of Earth Sciences, National Natural History Collections, Department of Evolution and Behavior), in collaboration with researchers from research institutes and other universities, are leading an effort to preserve the hydrological and ecological system uncovered in the Nesher Ramla Quarry and Ayalon Caves. The objections will be presented to the National Infrastructure Committee on 7 July. Feel free to watch and follow the live broadcast on the National History Collections Facebook page.
For additional information on the Ayalon Cave, see the following:
Translation: Alie Naor