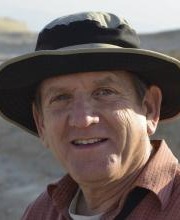 Research interest: I am fascinated by volcanoes, diamonds and pink granites*.  Perhaps this is why I am interested in the role of water and other volatiles in magmatic processes.  Volatiles are involved in most igneous processes.  They are central in formation of melts, play a major role in transporting trace elements and radio-isotopes between mantle reservoirs or between mantle and crust, and are the driving force of explosive volcanic eruptions.  In my studies, diamonds provide a window to the nature of deep mantle fluids.  The geochemistry of Cenozoic alkali basalts, late-Proterozoic igneous rocks and lower crustal xenoliths from Israel is interpreted as reflecting progressive melting of hydrated lithosphere and is used to follow the transport of trace element between mantle and crust.  Hydrothermal experimental setup is combined with computer simulations in a study of melt-fluid separation and interaction during volcanic eruptions.

* I must admit that I also love colorful sandstones, but I do not study these rocks or their coloration.