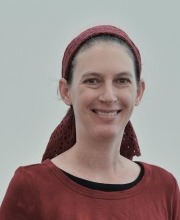 I work with models that describe the interaction of solar radiation with particles in Earth's atmosphere and oceans. I am particularly interested in how best (both accurately and efficiently) to model the effects of irregular particles, such as non-spherical particles, porous particles, and particles comprised of disorded/amorphous materials. Similarly, I am interested in how best to model mixtures of different components in the same particle. What are the differing effects of insoluble vs. soluble, solid vs. liquid, and absorbing vs. nonabsorbing components?

While human beings only detect the intensity and wavelength of light, some species, both terrestrial and marine, are able to sense light's third attribute, polarization. Such species use polarization (the direction of the electric field) for different tasks such as orientation, navigation, prey detection, and communication. Under water, where the intensity signal is distorted by refraction and weakened by absorption, the ability to utilize polarization can be even more important than on land. For many years, theoretical models of polarized light under water were based on the theory of single scattering of the direct solar beam by small particles (Rayleigh scattering). Models accounting for scattering by larger particles (Mie scattering) have been approximate, and the most sophisticated models to date do not separate the effects of Mie scattering from effects of non-sphericity and multiple scattering. Furthermore, recent measurements under water reveal deviations from the polarization patterns predicted by models, in clear as well as semi-turbid waters. We are using a step-by-step approach to analyze the separate effects of particle size, particle size distribution, particle composition, particle shape, and varying orders of scattering on the underwater polarization pattern, with the goal of identifying the processes at play in different water types.

Light Pollution and the Light Environment Within Caves

My group has collaborated with scientists from Bar Ilan University and Beit Berl College in conducting the first in situ measurements ever of artificial nighttime light under water in a coral reef ecosystem. We found that the artificial light can penetrate to a depth of 30 m under the water, which could influence such biological processes as the tuning of circadian clocks, the synchronization of coral spawning, recruitment and competition, vertical migration of demersal plankton, feeding patterns, and prey/predator visual interactions. Similarly, we have collaborated in conducting the first in situ measurements ever of the state of light polarization within a mid-littoral cave. We found a relatively high degree of linear polarization of the light and a nearly constant orientation of the electric field of the light in winter months, which would improve the ability of the photosynthetic organisms there (cyanobacteria, microalgae, and macroalgae) to harvest light by orienting their light-harvesting receptors to the direction of the electric field.

At Hebrew University, we have an ongoing collaboration with Tel Aviv University, The Open University, and the IDC Herzliya to study transient luminous events (TLEs), such as sprites, blue starters, jets, and elves, which occur above thunderstorm clouds. We have conducted our own observations of sprites and have constructed simple theoretical models to help explain some observed phenomena, such as the circular configuration of simultaneous sprites and the shift in the location of sprites from their parent lightning event.

We look at how the presence of various types of particles affects the Earth's radiative-convective balance. Which particles cause a warming and which cause a cooling, and how does this change with their horizontal distribution? What is the most accurate way of representing subgrid scale features, such as inhomogeneous aerosol and cloud layers, in global models?