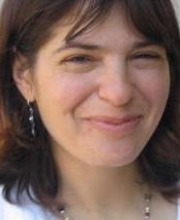 In my group, we study coupled physical and chemical processes that control deformation and evolution of rocks. Most of our research focuses on how relatively small-scale processes (on the pore, grain, or asperity scale) control large-scale geological phenomena such as soil liquefaction, the dynamics of landslides and earthquakes, the process of rock compaction/pressure solution, or the location of the brittle-ductile transition zone. My group also studies larger scale coupled deformation, such as between brittle and ductile layers. We recently showed that such multi phased multi layered systems control the creation of pockmarks, modes of salt tectonics and the physics of subduction initiation. I work on the boundary between physics and geology, using mainly theoretical and numerical tools. However, our work is always constrained by observations: to understand the physics of a system of interest, we collaborate also with field workers and experimentalists who provide an empirical foundation to the theoretical work.